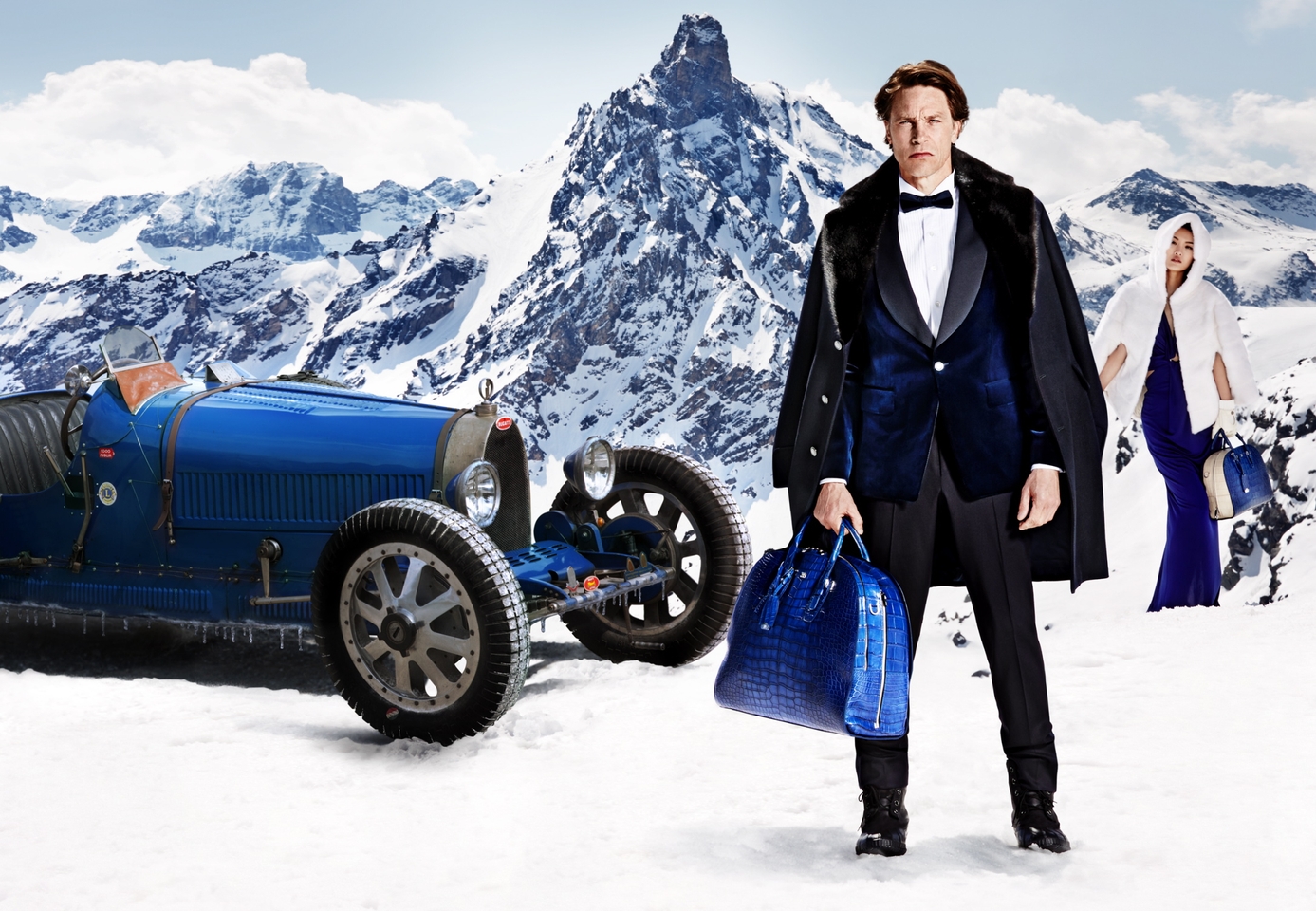 The snow-covered peaks of the exclusive Courchevel 1850 ski resort set the scene for a new advertising campaign from Bugatti, launching its EB – Ettore Bugatti Collection Fall-Winter 2014/15.
Bugatti’s lifestyle collection features two main lines dedicated predominantly to men: The Ettore Bugatti line and Extreme Performance line. In addition to these two lines there is a Tailor Made - Bespoke programme, which is available exclusively to Bugatti customers. The collection concentrates on clothing and accessories in its starting phase to be complemented by design ‘objets’ at a later stage.
Protagonists of the photographs are the precious overcoat with mink fur collar, the impeccably tailored velvet Blue Carpet Soirée tuxedo and the special Gentlemen Driver leather jacket inspired by the Bugatti Type 35, one of the brand’s most iconic sports cars from the 1920s and a special guest star in the photographs. These garments embody the
heart of an exclusive, refined collection made entirely in Italy from the most prestigious materials. The flamboyant style and attitude of this sophisticated, anti-conventional and nonchalant man is interpreted by model and actor Andre Van Noord, the face of the EB – Ettore Bugatti Collection for the second season running.
From September 2014, the campaign will appear in the main publications of selected markets in Europe, Asia and the Middle East, where mono-brand stores will be inaugurated,starting with an exclusive boutique in London later this year.
The first genuine expression of lifestyle luxury by an automobile manufacturer, the EB-Ettore Bugatti collection, conveys the brand’s heritage – created over 100 years ago in Molsheim, Alsace (France) – and of the futuristic vision of its founder, Ettore Bugatti.
The company founder Ettore Bugatti, born and raised in Milan, Italy, succeeded in uniting this artistic approach with his technical innovations, thus creating the foundation of a design language that was to mould the Bugatti marque.
Still based where the brand was founded more than 100 years ago, in Molsheim (Alsace, France), the maker of ultimate luxurious super sports cars today is part of the Volkswagen Group. The Bugatti Veyron 16.4 was the car that led the brand into a successful new future. Its development represented one of the greatest technical challenges in automotive history. The Veyron is still setting the standard today: it is the most powerful, the fastest and most expensive production car in the world. 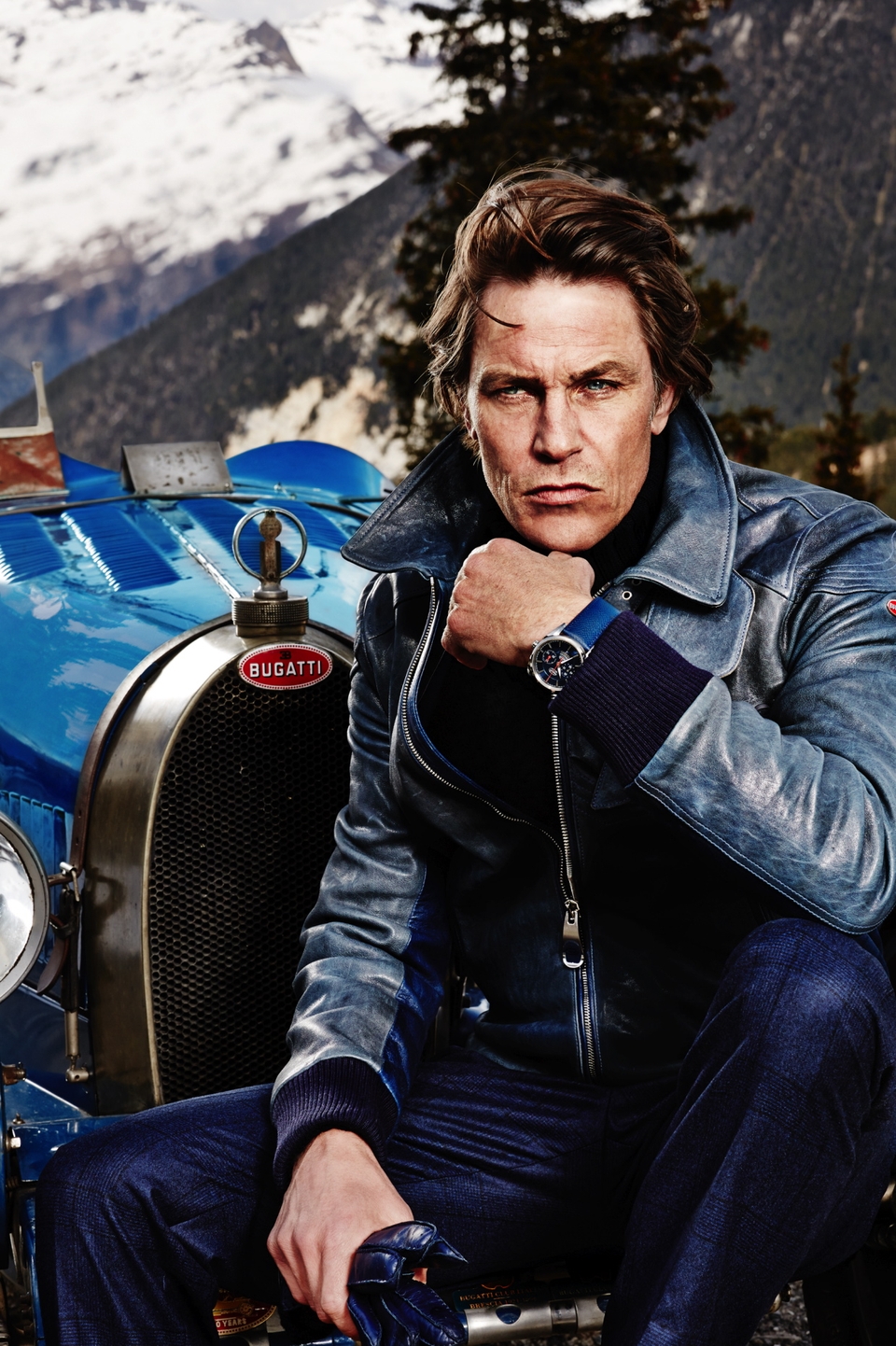 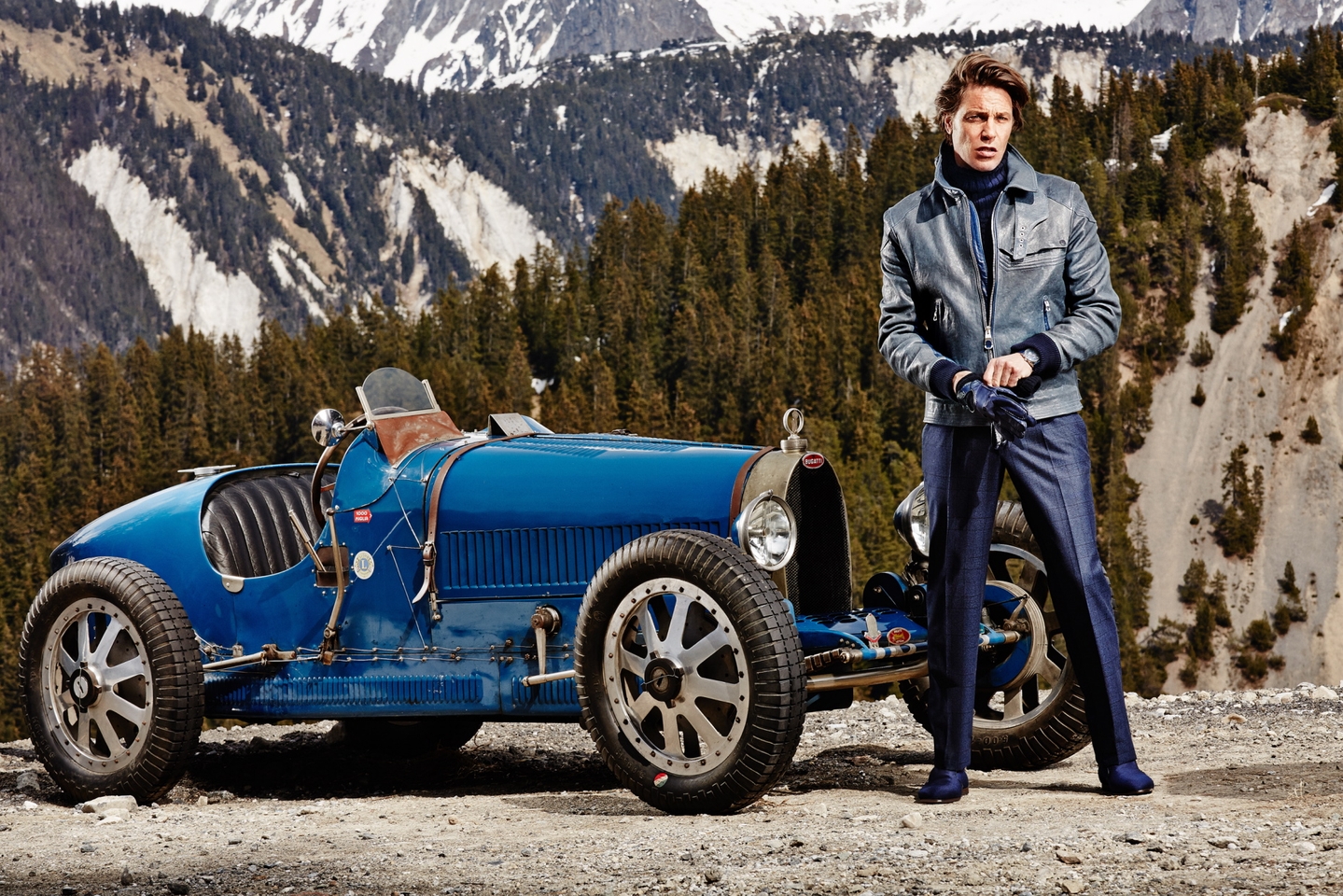