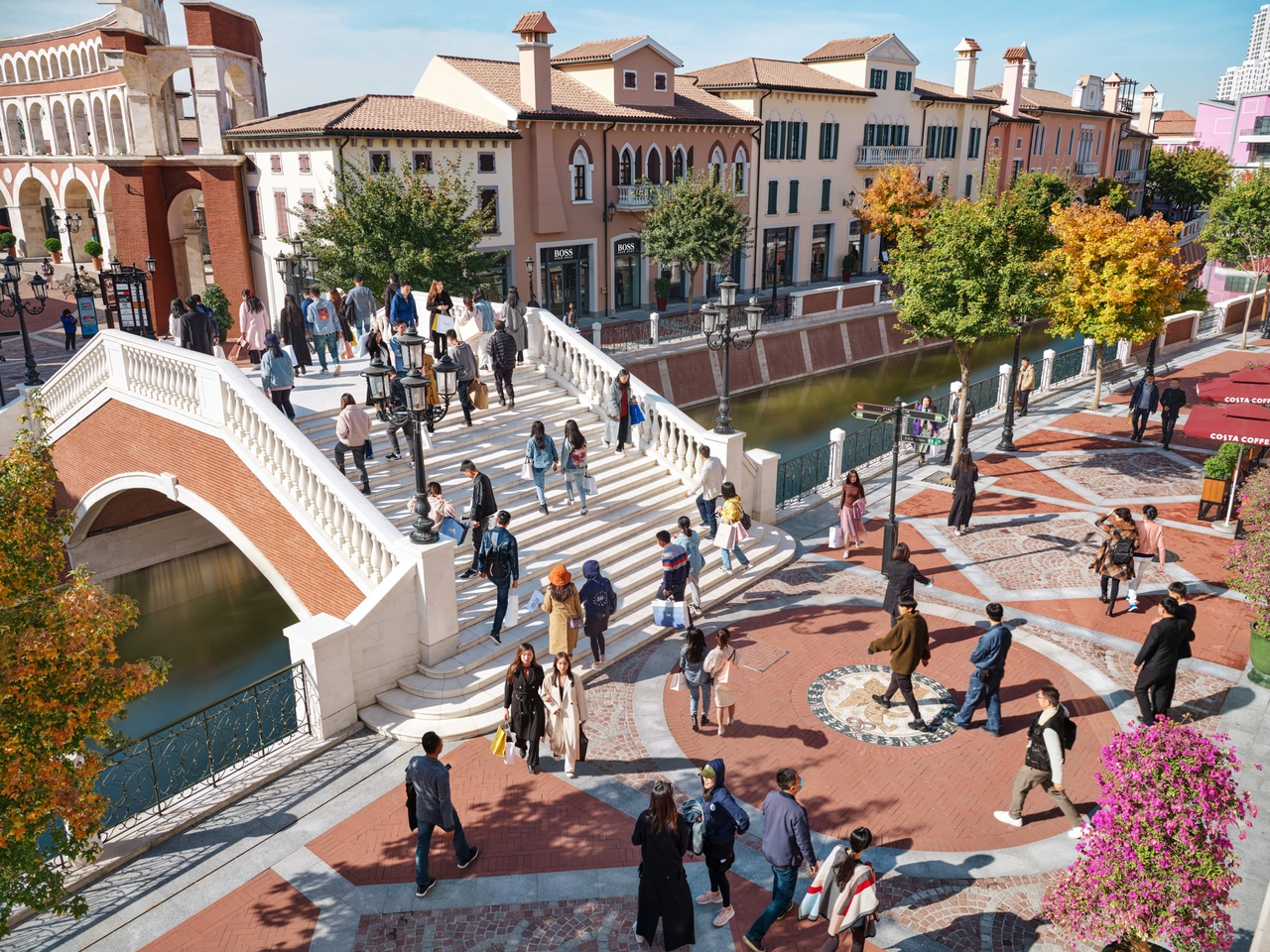 Italian malls are growing in China

Many events to celebrate the first Luxury outlet opened in 2011 and important investments to continue growing in the Chinese market. The Florentia Village Luxury Mall located between Beijing and Tianjin - a district with a population of over 30 million, strategically set just 20 minutes from Beijing and 15 minutes from Tianjin - celebrated its 10th anniversary. Last week several events were organized in the mall to liven up stores, streets, galleries and plazas of the Chinese luxury citadel.
Florentia Village is the main Italian Luxury Designer Outlet Malls in the Asia region, owned by Silk Road, a shareholding company formed by Fingen, its management Jacopo Mazzei, Maurizio Lupi e Jacopo De Vena and some international investors.
Within 10 years, the project has grown to include 7 luxury malls in 7 cities (Tianjin/Beijing, Shanghai, Guangzhou, Wuhan, Chengdu, Hong Kong and the one opened last February in Chongqing). The mall network has a turnover of about 2 billion dollars, contains over 300,000 square meters of shopping retail and boasts more than 1,100 shops which attract 21 million visitors each year.