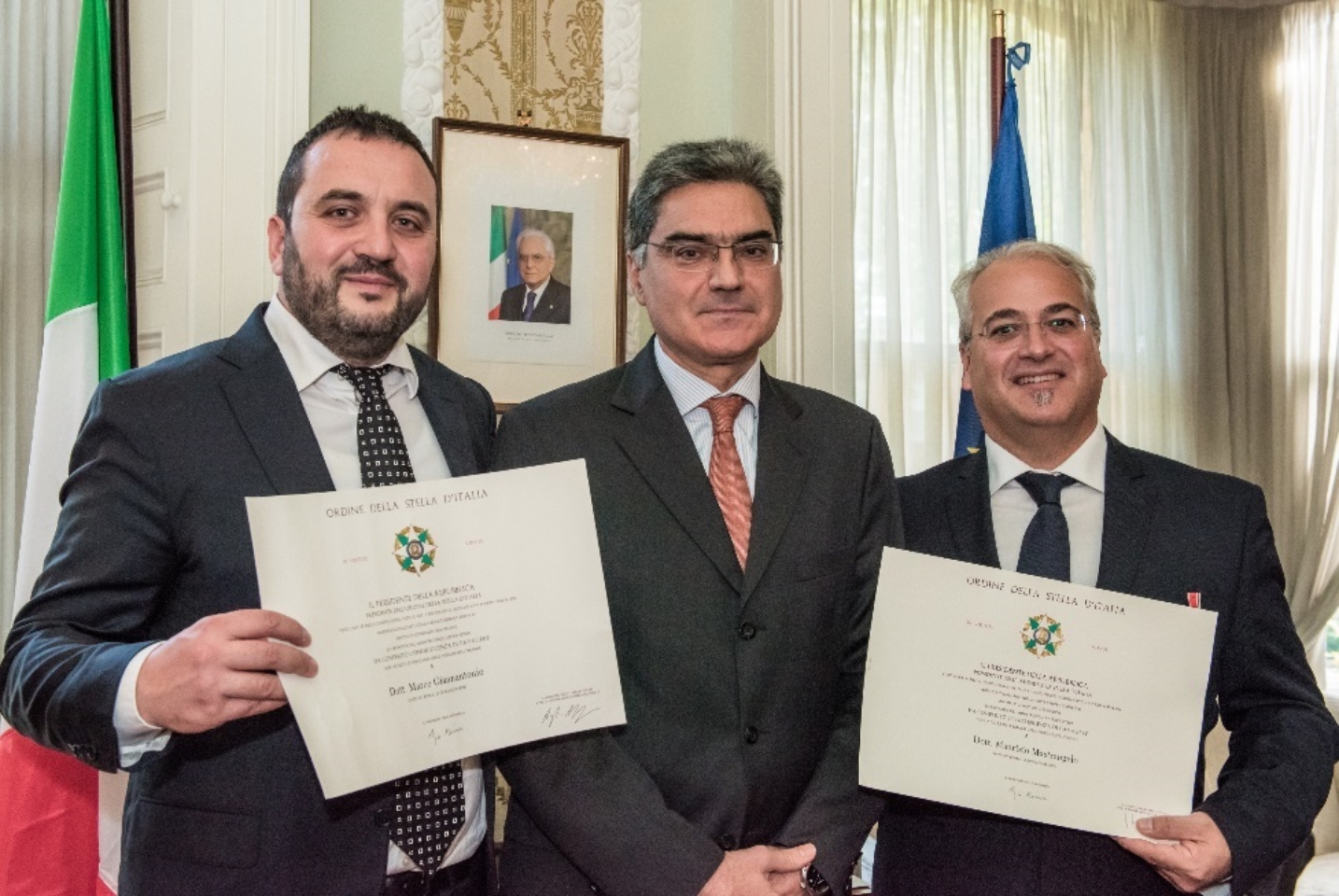 Entrepreneurs Marco Giannantonio e Maurizio Mastrangelo decided to leave Italy fifteen years ago in order to found the “Flavour of Italy Group” in Dublin, a company that has now established itself as the reference point for the cultural and economic exchanges between the two Countries.
In the Italian Embassy in Dublin they received the title of Cavalieri dell’Ordine della Stella d’Italia.
"Giannantonio e Mastrangelo are very popular figures in Dublin as they own two famous Italian restaurants Pinocchio in Temple Bar and Ranelagh. In the last years they created an holding active in the promotion of the quality of Italian food and Italian ingredients as well as in the economic and cultural exchanges between the two Countries. Their restaurants and the Catering Department use ingredients, such as the salmon and the meat in particular, coming from the best Irish producers who joined the promotional gourmet tours in Italy that the company organized over the years", company says. "The Group created also a travel division that welcomed thousands of Italian tourists allowing them to discover the real Ireland through the many tours that wisely mixed its natural beauty and culinary delicacies".