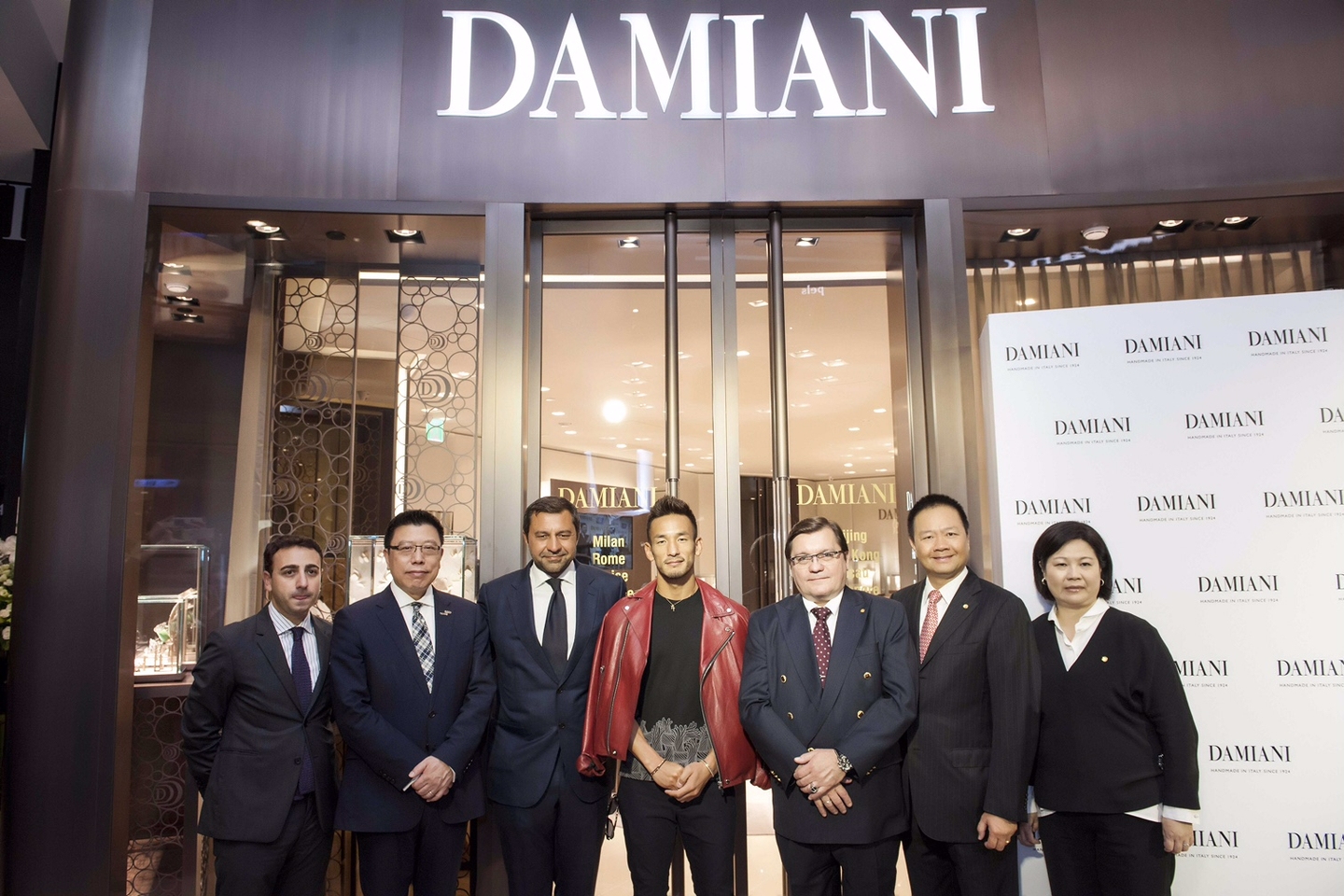 Damiani has opened a new flagship store in the Taipei101 Mall, one of the four tallest skyscrapers in the world.
The location is of great impact and prestige given its very central position, in the financial and commercial heart of the island of Taiwan. This is the second store opened by Damiani in Taipei after the Regent Gallery. The boutique, which is more than 100 m2 in size, is on the second floor of the skyscraper where the most important brands in the world of luxury are also present.
At the inauguration Giorgio Damiani, Deputy Chairman of the group, seized the opportunity to present ‘Metropolitan Dream’ by Hidetoshi Nakata, the men’s jewelry collection. The designer, trend setter, is the former international football star and philanthropist.
Damiani was founded in Valenza in 1924 and is now managed by the third generation, the brothers and sister Guido, Silvia and Giorgio Damiani.