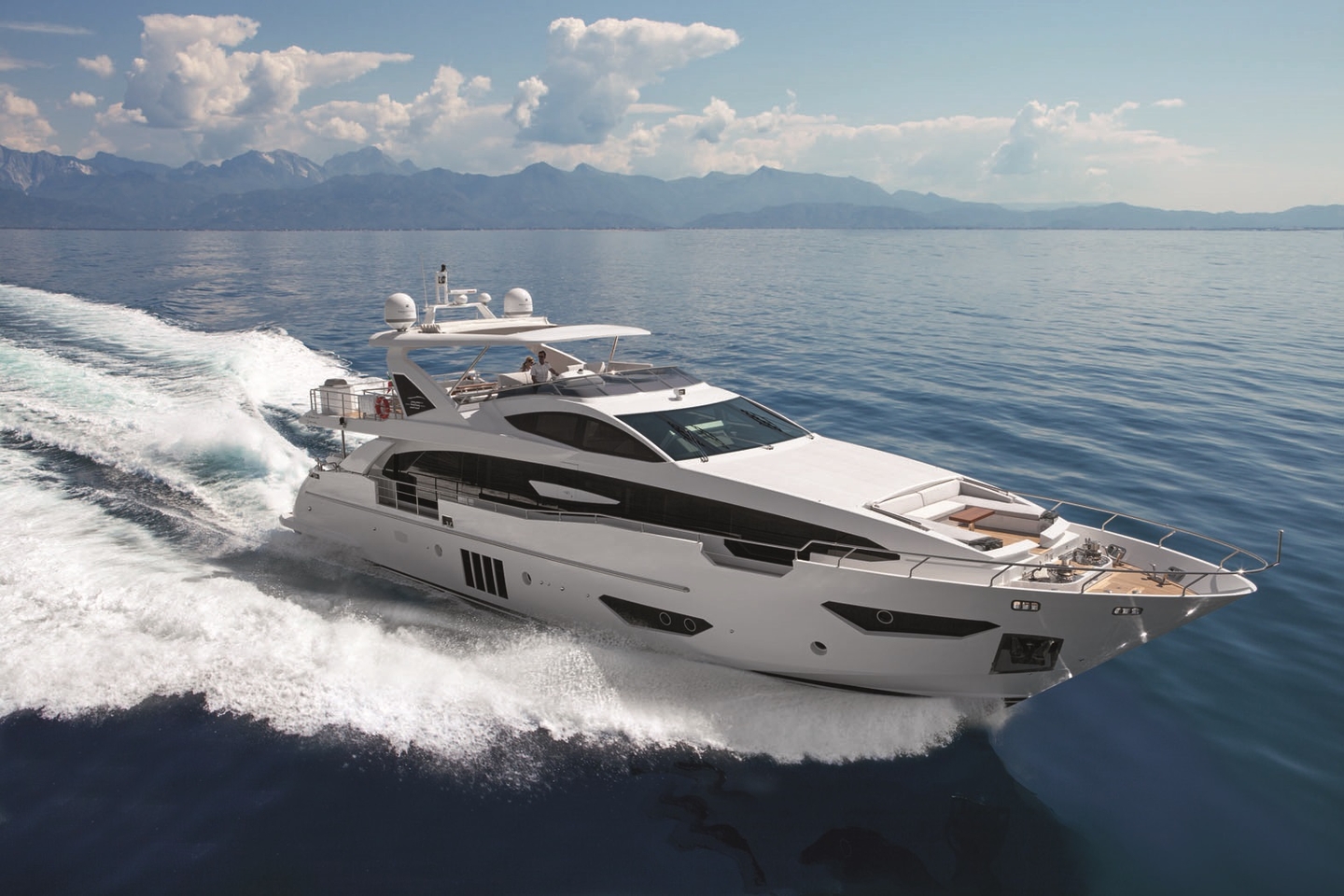 Azimut Grande 95RPH reaches the Atlantis, Magellano, Flybridge and S collections. Among the major innovations introduced on board of the new 29-metre yacht are: its Raised Pilot House, an extensive, over 60 sqm flybridge, and the very distinctive layout of the internal spaces which include four VIP cabins in addition to the master suite.
After Cannes, the Azimut Yachts novelties continue. Azimut Yachts is preparing to launch two more models during the first months of 2015, thus expanding every one of its brand’s collections: Azimut Atlantis 43 and Azimut 66 Magellano.
The interiors of Azimut Grande 95RPH are designed by Studio Salvagni Architetti. They feature an eclectic and contemporary style with every detail produced by master Tuscan craftsmen in exclusive materials. An effective feature is the stair that connects the decks with backlit honey-colored onyx steps.
The yacht, with a sporting spirit, is the Azimut 77S. Low fuel consumption are guaranteed by the three engines Volvo IPS propulsion and by the new innovative hull.
Another recent launch is the Azimut 50 Fly. The 15-metre craft from the Flybridge Collection is an imposing vessel. The 17.5 sqm flybridge is the largest in its category.
The brand devoted to megayachts is sure to stand out in Cannes. The 55-metre Benetti Ocean Paradise, is the largest vessel on show.
The Benetti novelty that is most likely to capture the attention of yacht owners and enthusiasts alike is the 33-metre My Paradis, the first of the three Tradition Supreme 108’ yachts currently being built. This model represents the three-deck entry level craft of the Benetti Displacement Class, the range of displacement yachts made out composite materials measuring between 93’ and 145’. 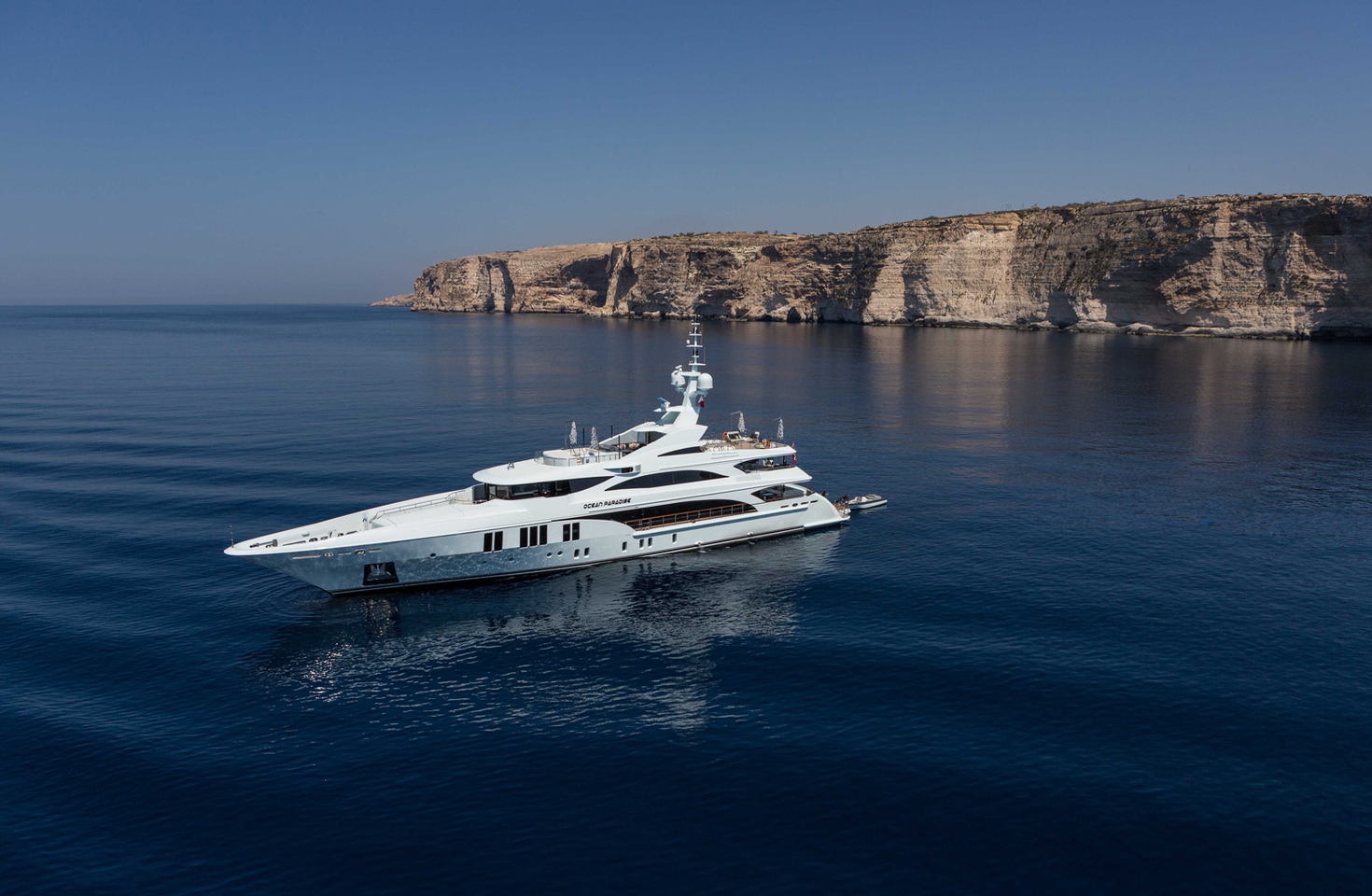