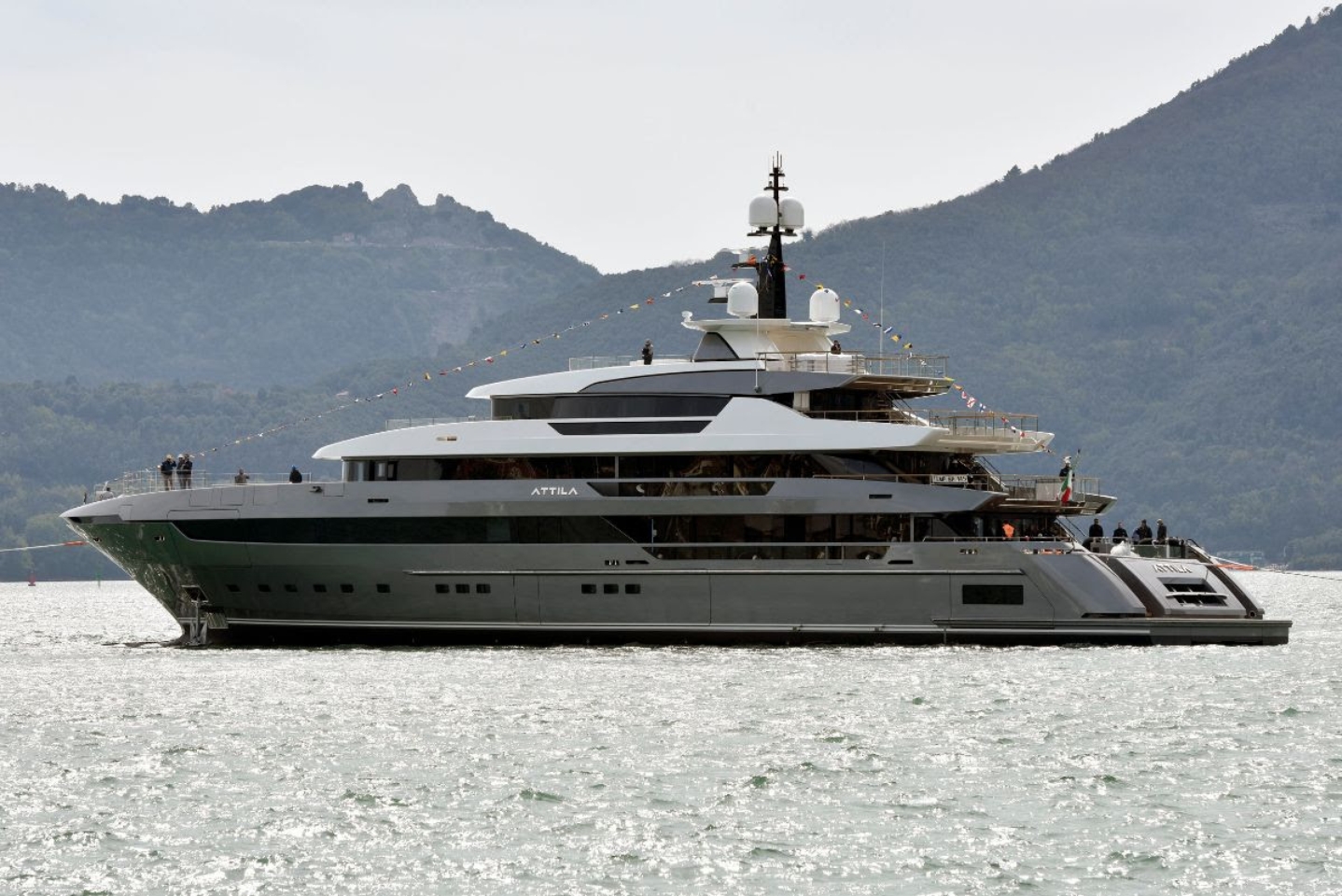 At 1,600 gross tons, 64 meters of length, five decks and an internal maximum width of 12.5 meters, 64Steel Attila is the largest yacht that Sanlorenzo has produced so far. The Italian shipyard introduced an innovative layout with elegant exterior lines and structures which maximize onboard livability.
The Main Deck at the stern and the Beach Club on the Lower Deck surely represent the most distinctive areas of the project. “The most important aspect that has characterized yatcht’s concept has been the will to obtain continuity between the beach club and an area we could call an “al fresco” veranda, that is the rear part of the Main Deck where the pool is also located, passing along an impressive stairway. The idea behind the layout in fact enables us to integrate the main aft deck and the beach club as much as possible. This characteristic thus enables us to enjoy both areas, around which the social life on board is focused, simultaneously, without separating the guests”, says Antonio Santella, Vice President Sales & Marketing, Sanlorenzo Superyacht Division. The indisputable Flagship of Sanlorenzo’s superyachts “Steel” line with a fast displacement hull, the 64Steel offers various stylistic features that distinguish the prototype design from other boats of the same size: the ability to reserve an entire deck to the ship owner, the Owner Deck, the ability to load two big tenders of over 10 meters, the maximum internal beam is 12.5 meters large the helipad for touch and go, at the bow, the 64Steel platform was designed to be extended from 64 to 70 meters to satisfy varying requests.