Deluxu / jewelry / The power of the gaze 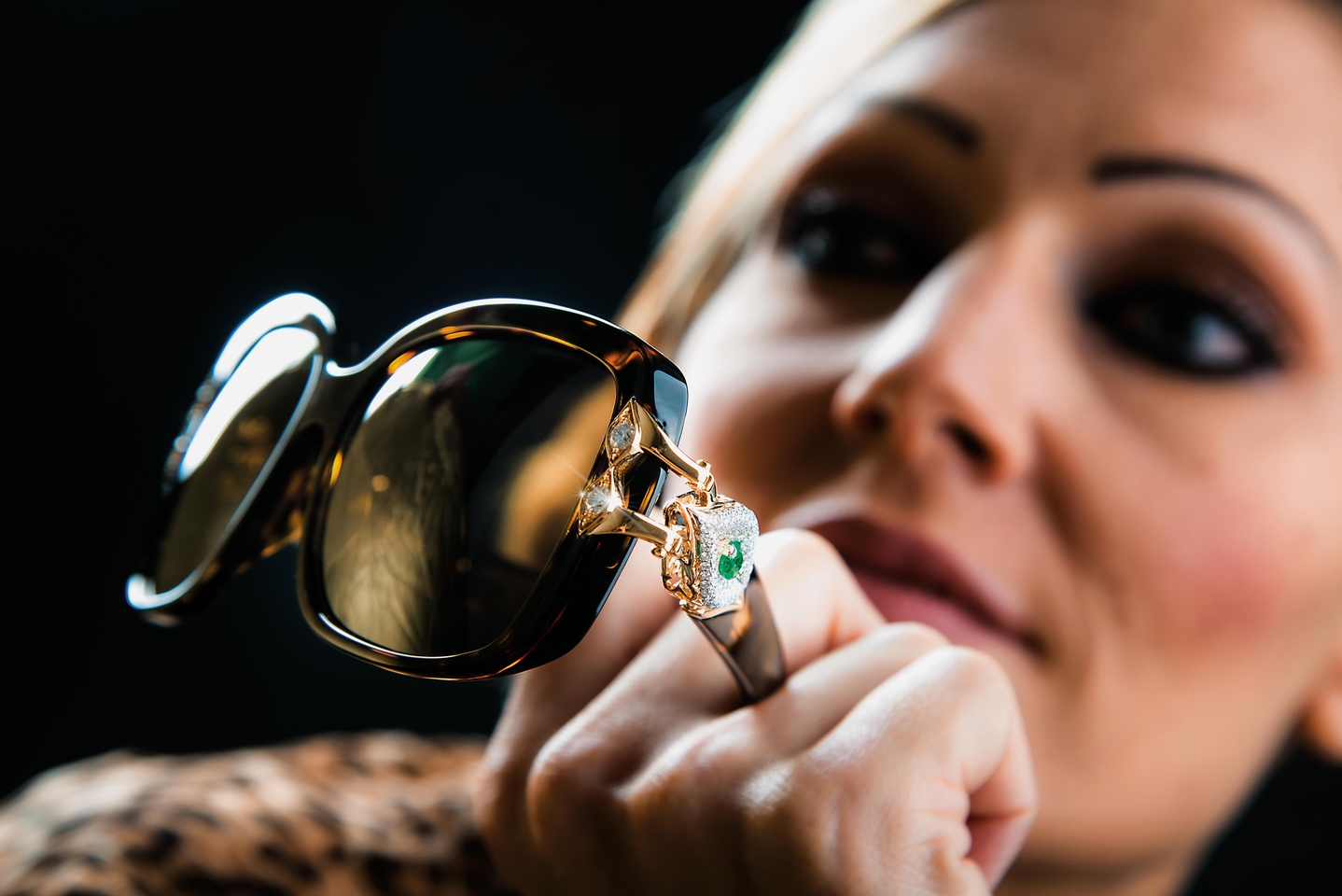 The power of the gaze

Argo model of glasses-type acetate is inspired by the mythological tale of Argus and Io, which deals with the theme of "the power of the gaze alert". Argus Panoptes the all-seeing, son of Aristore, was a giant with a hundred eyes, placed to guard the beautiful daughter of the river god Inachus and transformed by Zeus in a white heifer because of a spell.
"Observing frontally the eyewear in photo it stands out in the first end pieces, tracing the shape of two pairs of eyes with four diamonds set inside. According to the myth, in fact, the giant rested closing in turn only two eyes at a time, so that nothing could escape his attention. Trims embellished with diamonds, set with the technique of micro-pave have a soft and sensuous morphology that echoes the symbolism of the eye", company says. The iris is composed of an oval cut stone that is alternated using sapphires, rubies, emeralds and diamonds in the variations.