The island of Cyprus holds two records: it has the most beautiful sea in the Mediterranean with the recognition of 57 Blue Flag beaches and enchants for its ancient history. The city of Paphos, in the South-East, will be Capital of Culture in 2017.
The so-called island of Aphrodite is a tourist destination for sea, culture and food. Typical Mezé sublimates the palate. Wines are locally produced. Commandaria, the oldest wine in the world, is produced by the Cypriots on the Troodos Mountains.
Visitors are hosted in highest level hotels like the five stars Anassa (www.thanoshotels.com). It is located on the Akamas Peninsula. Perched on the edge of the Mediterranean sea, Anassa's whitewashed villas with private pools and terracotta tiled roofs recreate a traditional Greek village with its own Byzantine church.
It is possible to reach the island in four hours from Italy. There is a direct flight by Aegean Airlines (www.aegeanair.com) from Milan-Malpensa to Larnaka from June to October.
Before relaxing in the beautiful sandy beaches it is worth starting along the cultural route. Deluxu.it did it thanks to Ente Nazionale Turismo Cipro (www.visitcyprus.com).
First step: Saint Lazarus church. It is a 9th Century church in Larnaka, an autocephalous  Greek Orthodox Church. It is named from New Testament figure Lazarus of Bethany, the subject of a miracle recounted in the Gospel of John in which Jesus raises him from the dead.
Lefkosia, the capital, is the last divided city in the world after Turkish occupation in 1974. The Archaeological Museum of Lefkosia consists of fourteen rooms. The objects in the rooms follow a chronological succession. Tools, stone vessels and figurines are presented, which constitute the earliest evidence of human presence on the island during the Neolithic period. The Second Room is dedicated to the rich collection of pottery of Early Bronze Age. Hellenistic and Roman periods is exhibited in Room Four where we find mainly marble and bronze statues. In the centre the bronze statue of Septimius Severus. Then a rich collection of bronze objects: agricultural tools, weapons, tripods for commercial exchange, arms and ritual practices.
On the other side of the city it is possible to visit the Byzantine Museum. It contains the most representative collection of Byzantine art in the island (about 230 icons dating from 9th to the 19th century). The core of the collection consists of 48 icons, coming from churches all over Cyprus and from the Synodikon of the church of Panagia Phaneromeni, which was intended to house the Cyprus Byzantine Museum.
At the end of the Lefkosia tour you can enjoy the relax time in Hamam Omerye (www.hamamomerye.com), the beautiful Hamam located in the heart of the lively neighborhood of old city. Here hamam bath and private cabins surrounding a round marble bench offer a luxurious experience: an invigorating relaxation with a cup of tea from local herbs.
Paphos Archaeological Park is located in the South-West near Paphos Harbour. Its sites date from prehistoric times through the Middle Ages. These include mosaic floors of four Roman villas, as well as Agora, Saranta Kolones Fortress and Tombs of the Kings.
Paphos Castle is located on the edge of Paphos harbour. It was originally built as a Byzantine fort, then rebuilt by the Lusignans. In 1570 it was dismantled by the Venetians. After capturing the island the Ottomans restored it. It has served as a fortress, a prison and even a warehouse for salt during the British occupation. Recently the castle serves as a backdrop to the annual open air Paphos cultural festival which takes place in September.
On the road you can see wonderful rocks emerging from the blue sea. The place called Petra tou Romiou also known as Aphrodite's Rock is a sea stack in Paphos. The combination of the beauty of the area and its status in mythology, as the birthplace of Aphrodite, makes it a popular tourist location.
Saint Neophytos Monastery lies 15 km west of Paphos, is one of the best-known monasteries in Cyprus. It was founded by monk Neophytos in the 12th century.
The acropolis of Kourion (13 km West of Limassol), is located atop a limestone promontory along the shore of Episkopi Bay. The theatre offers a wonderful sea view. It was built in the 2nd century BC, at the beginning of the 2nd century reconstructed and expanded. It is used today for the International Festival of Ancient Greek Drama. 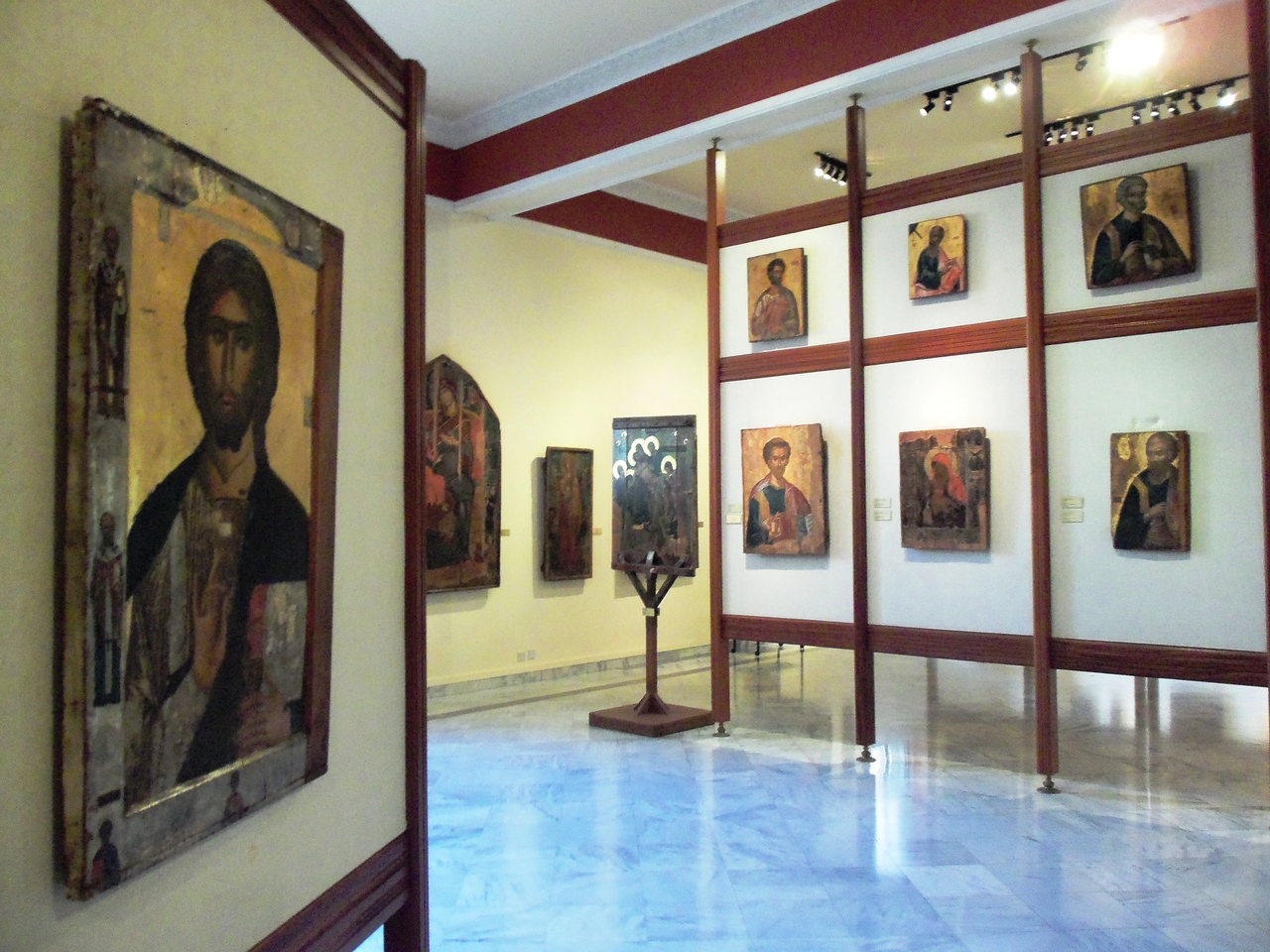 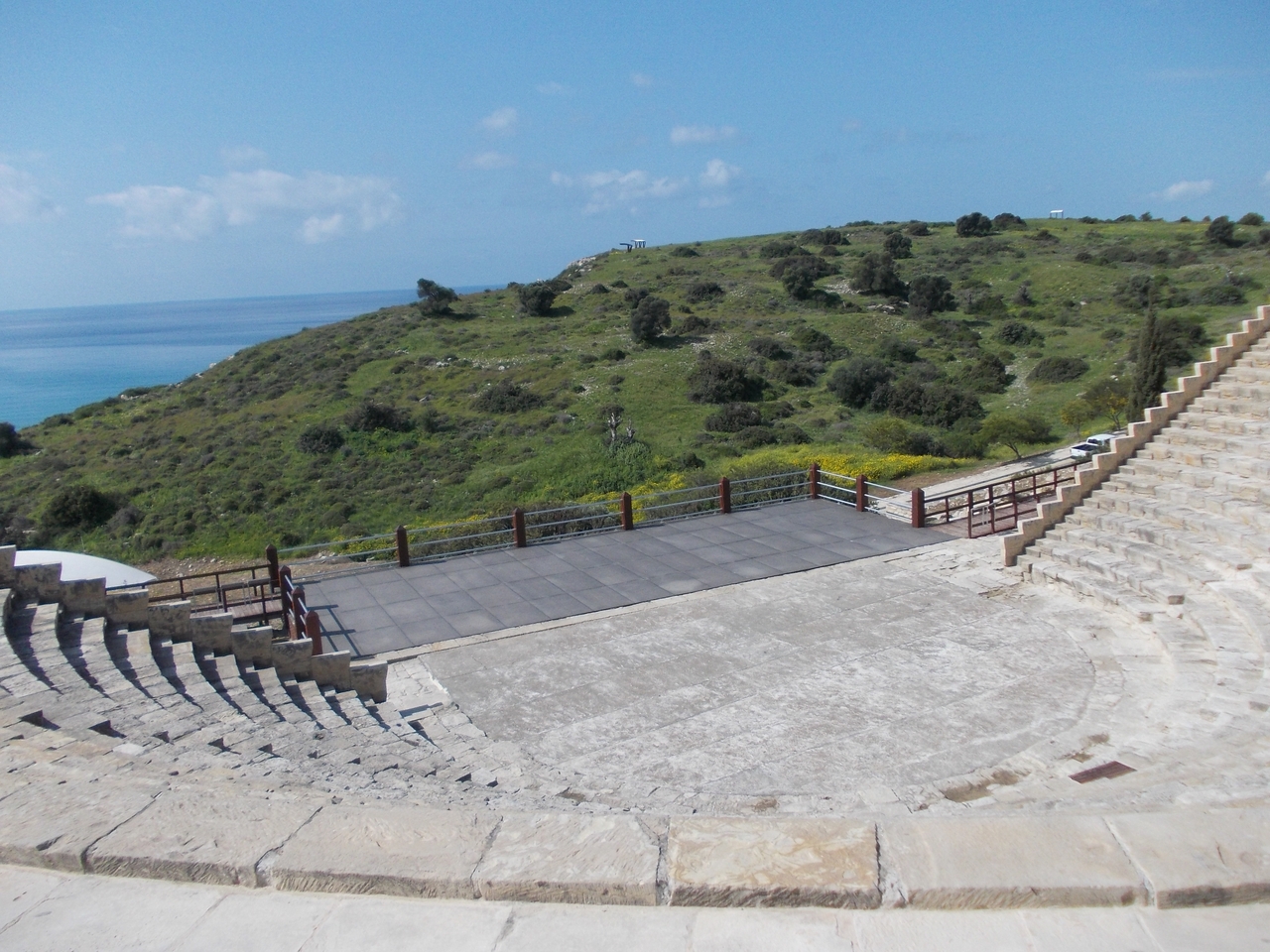 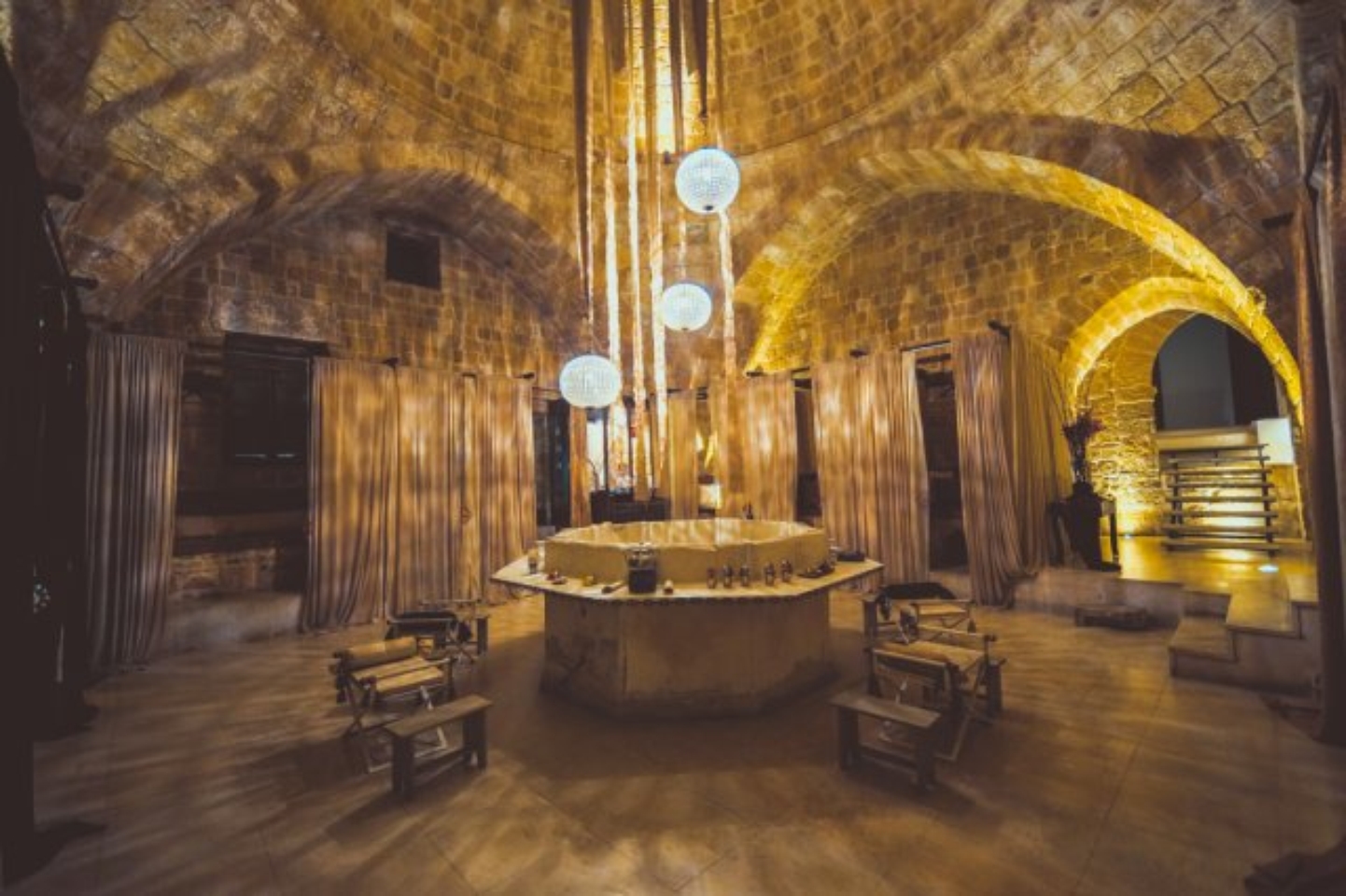 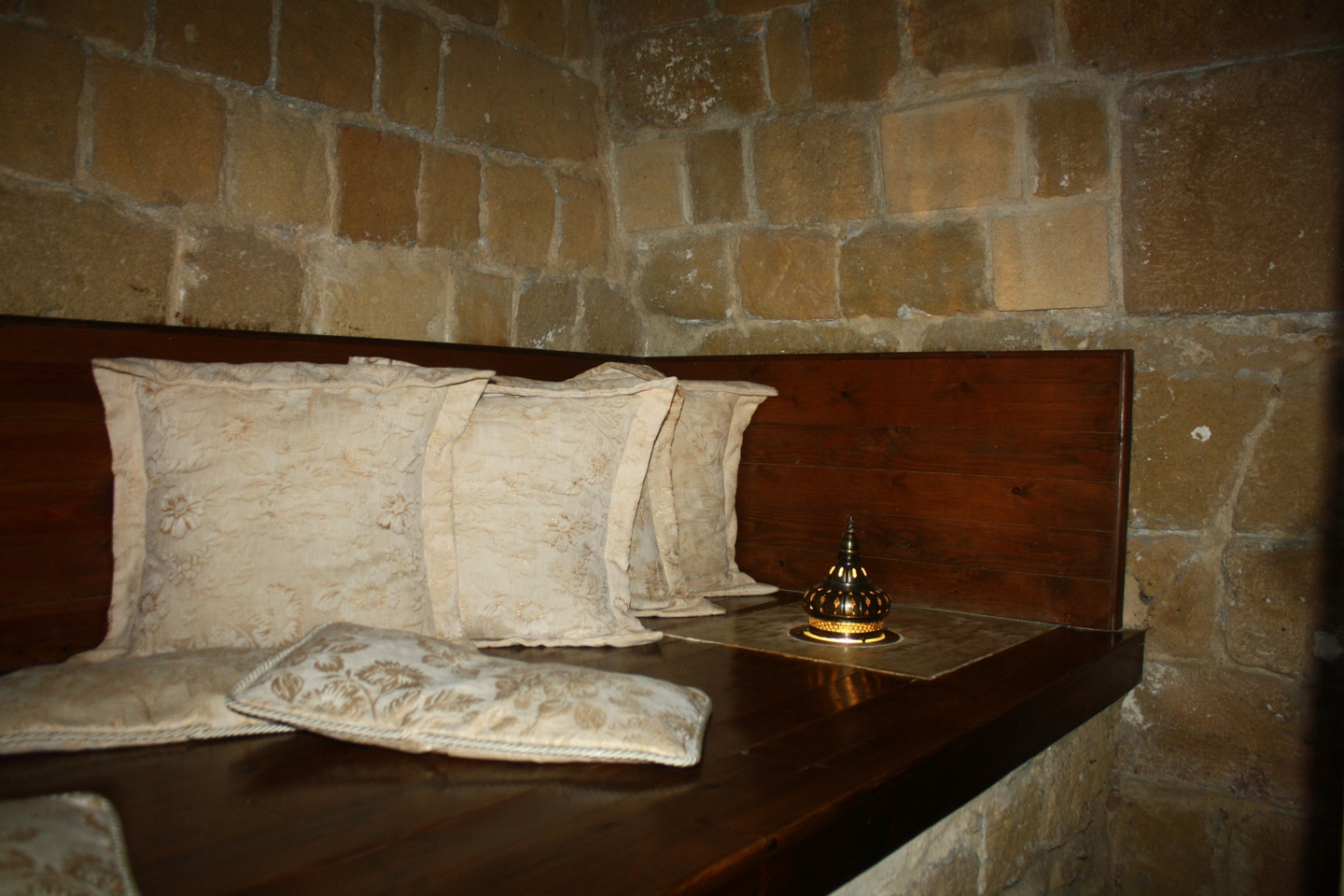 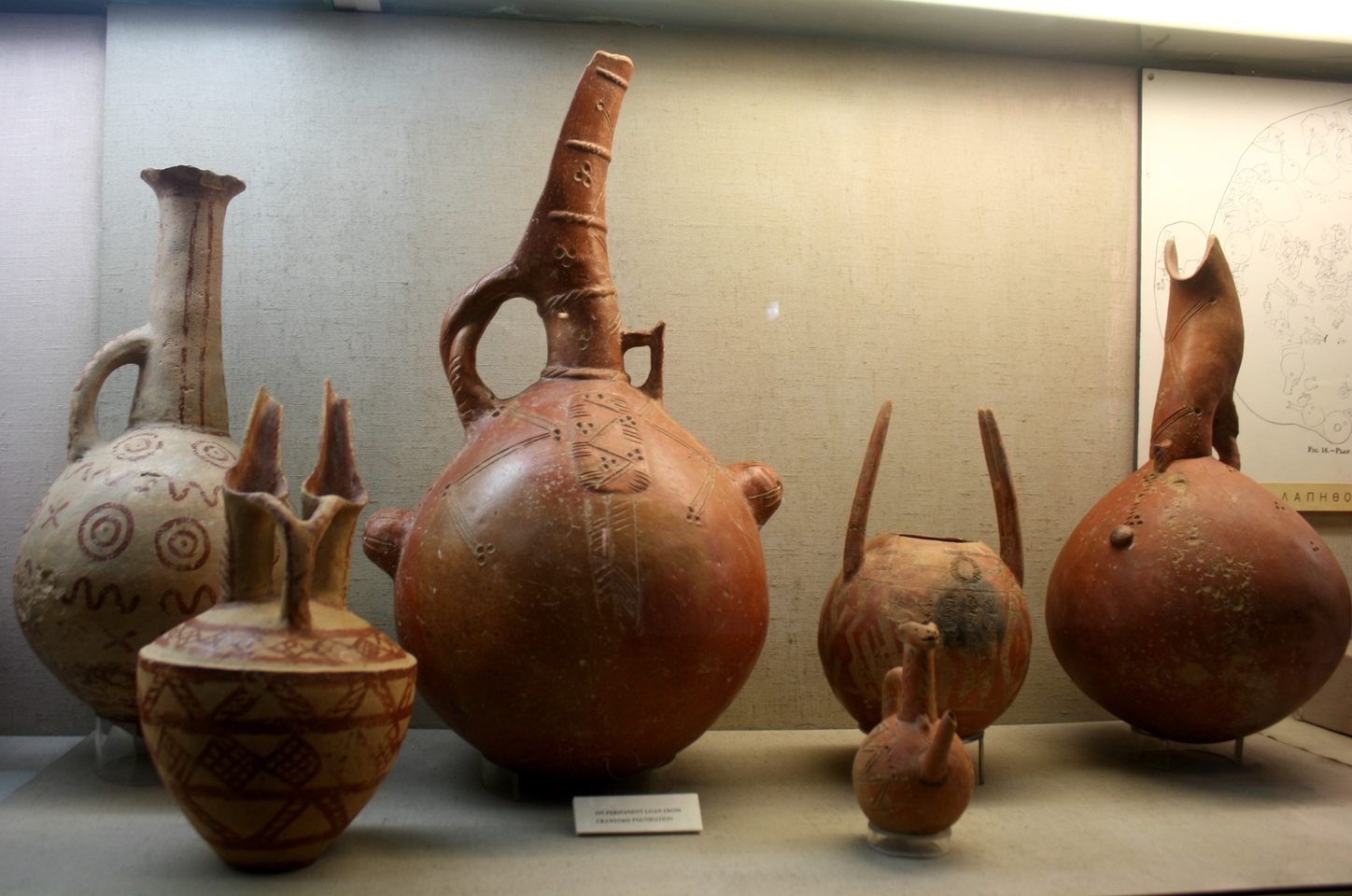 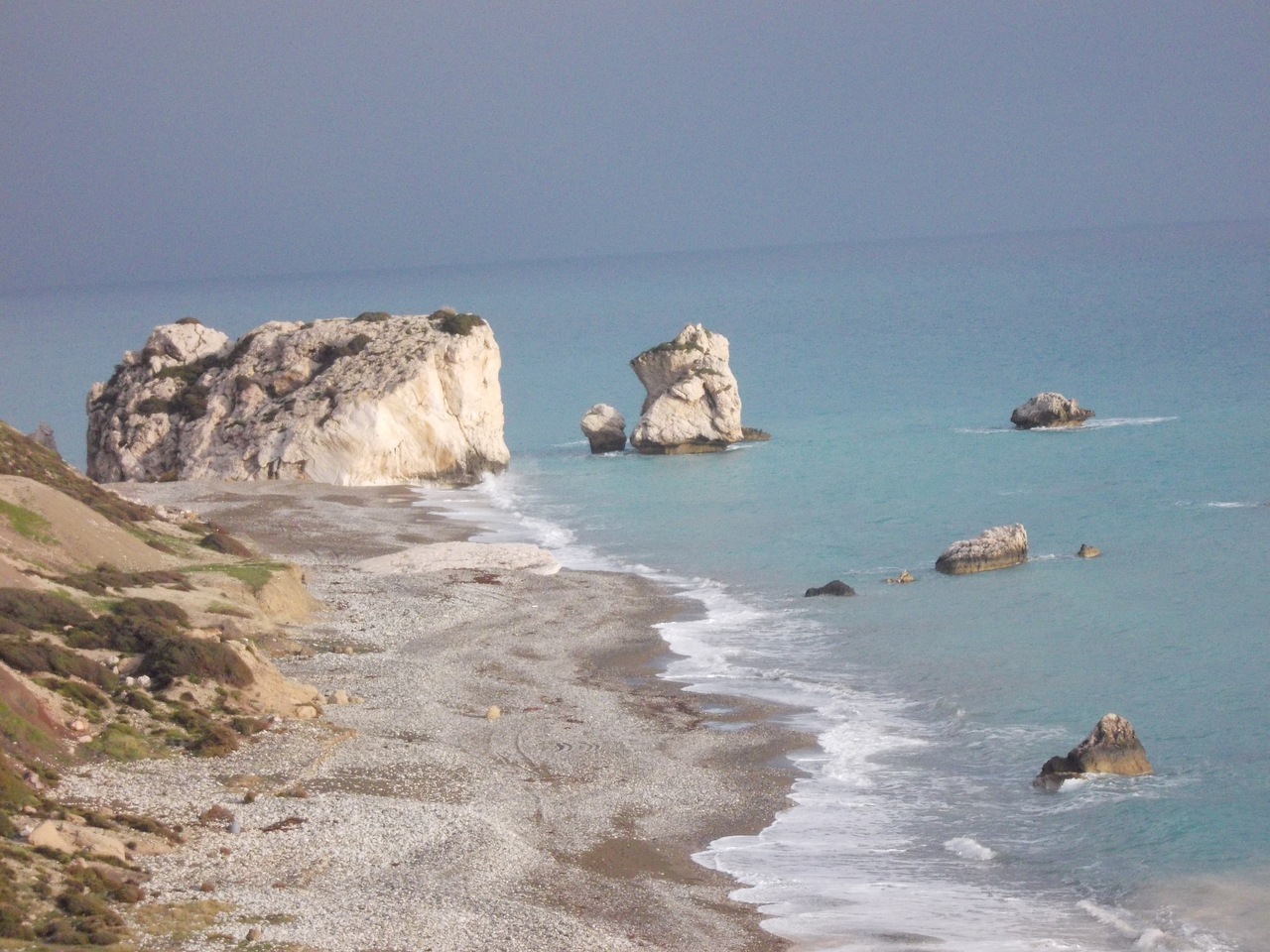 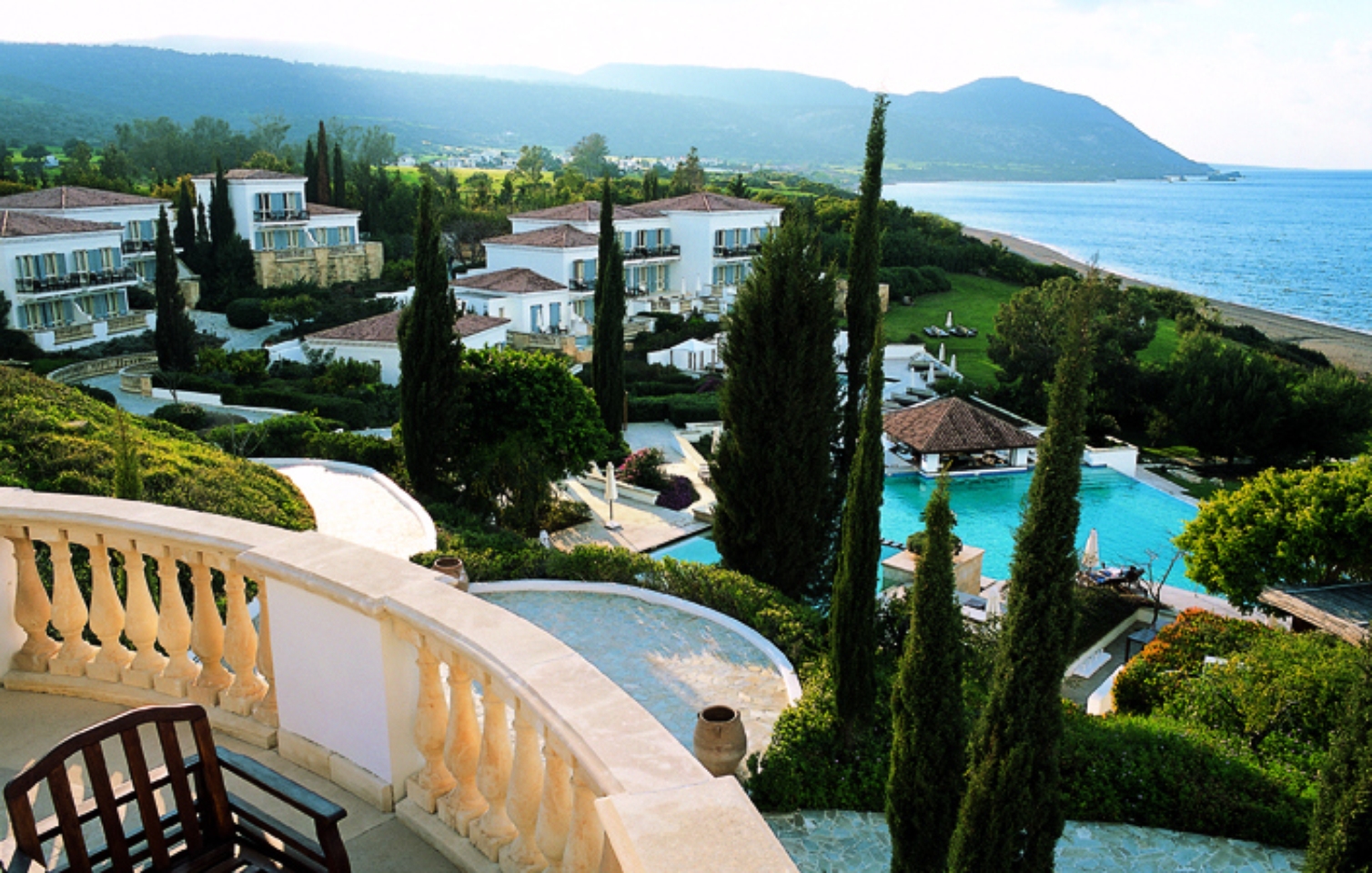 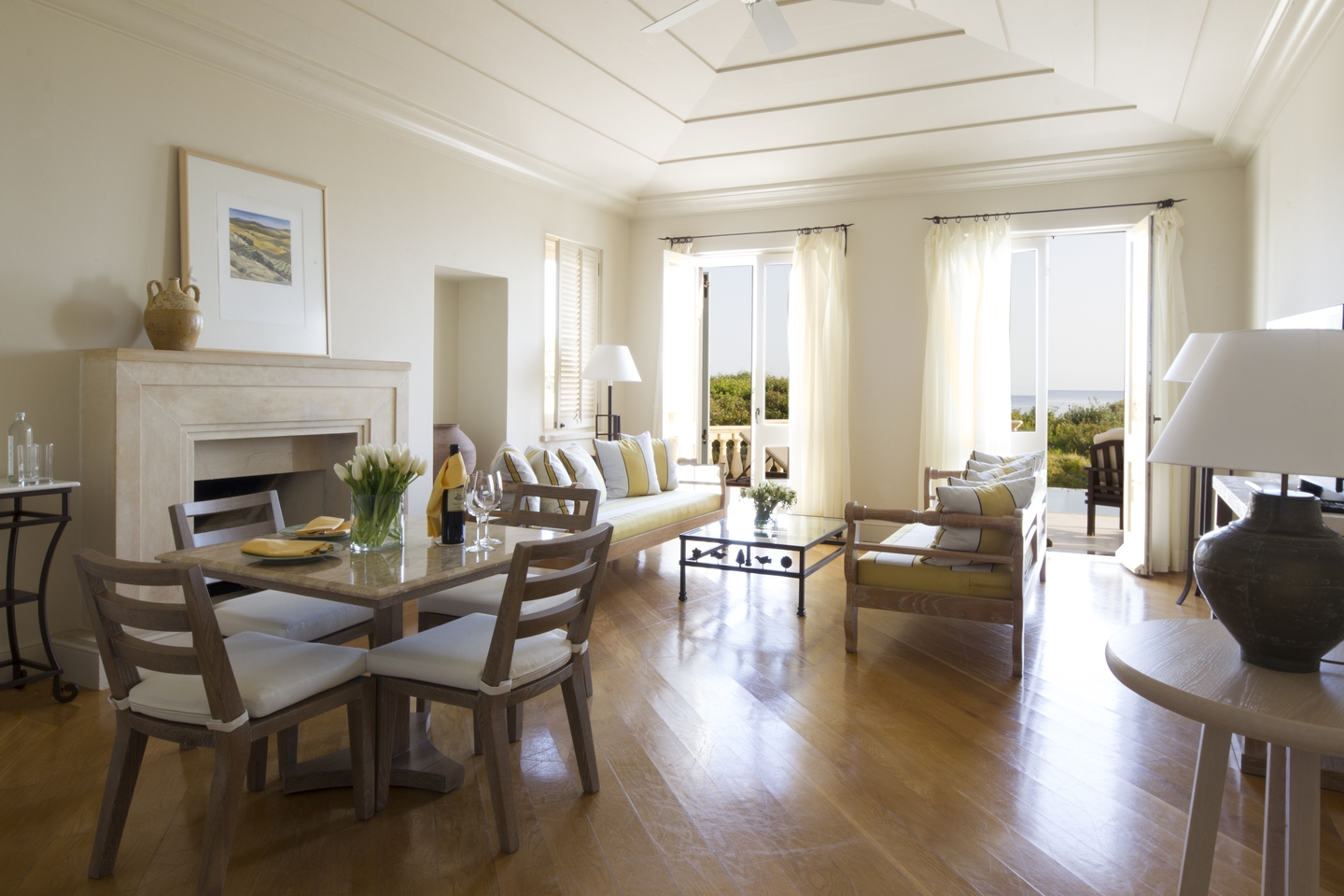 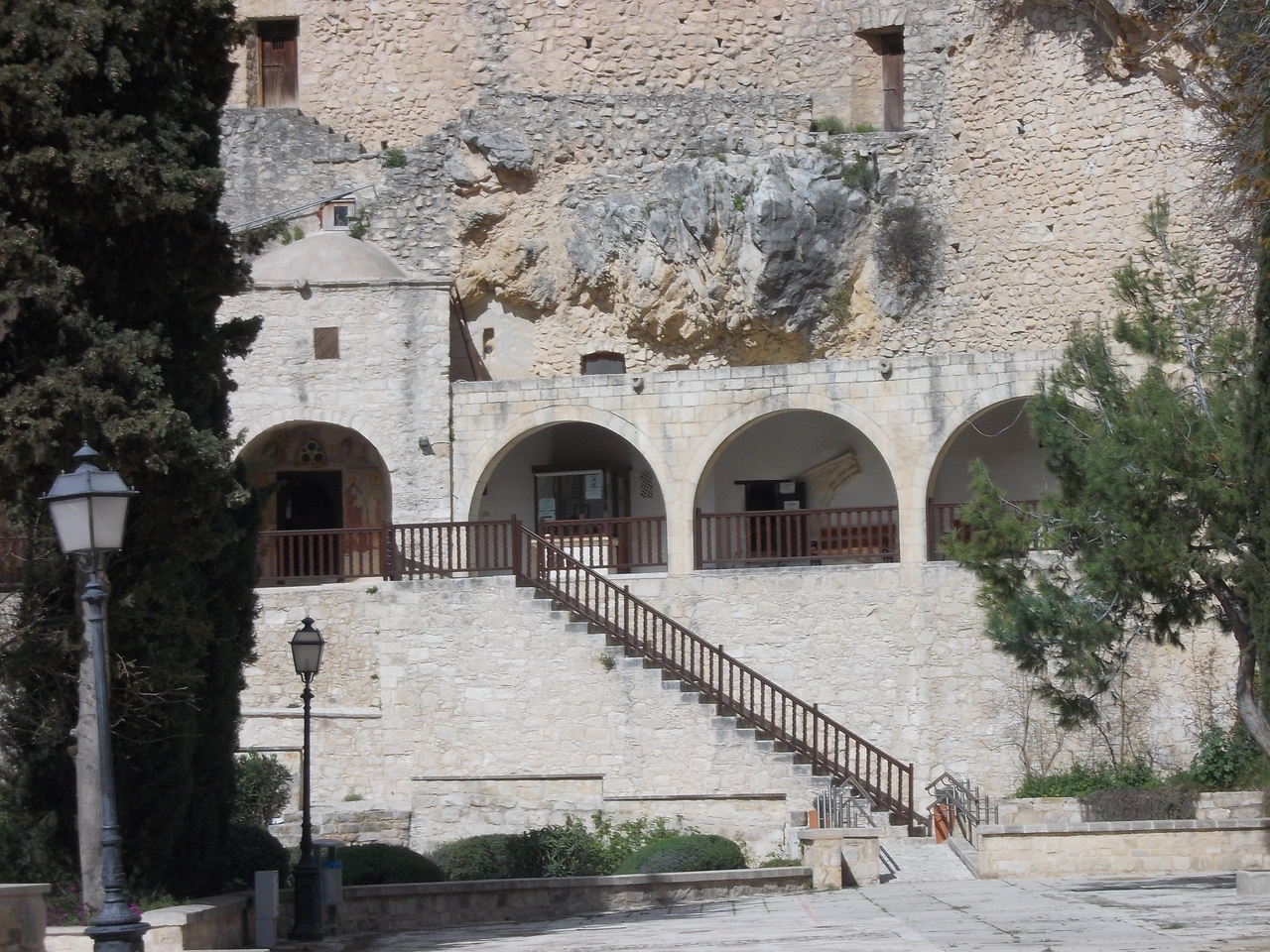 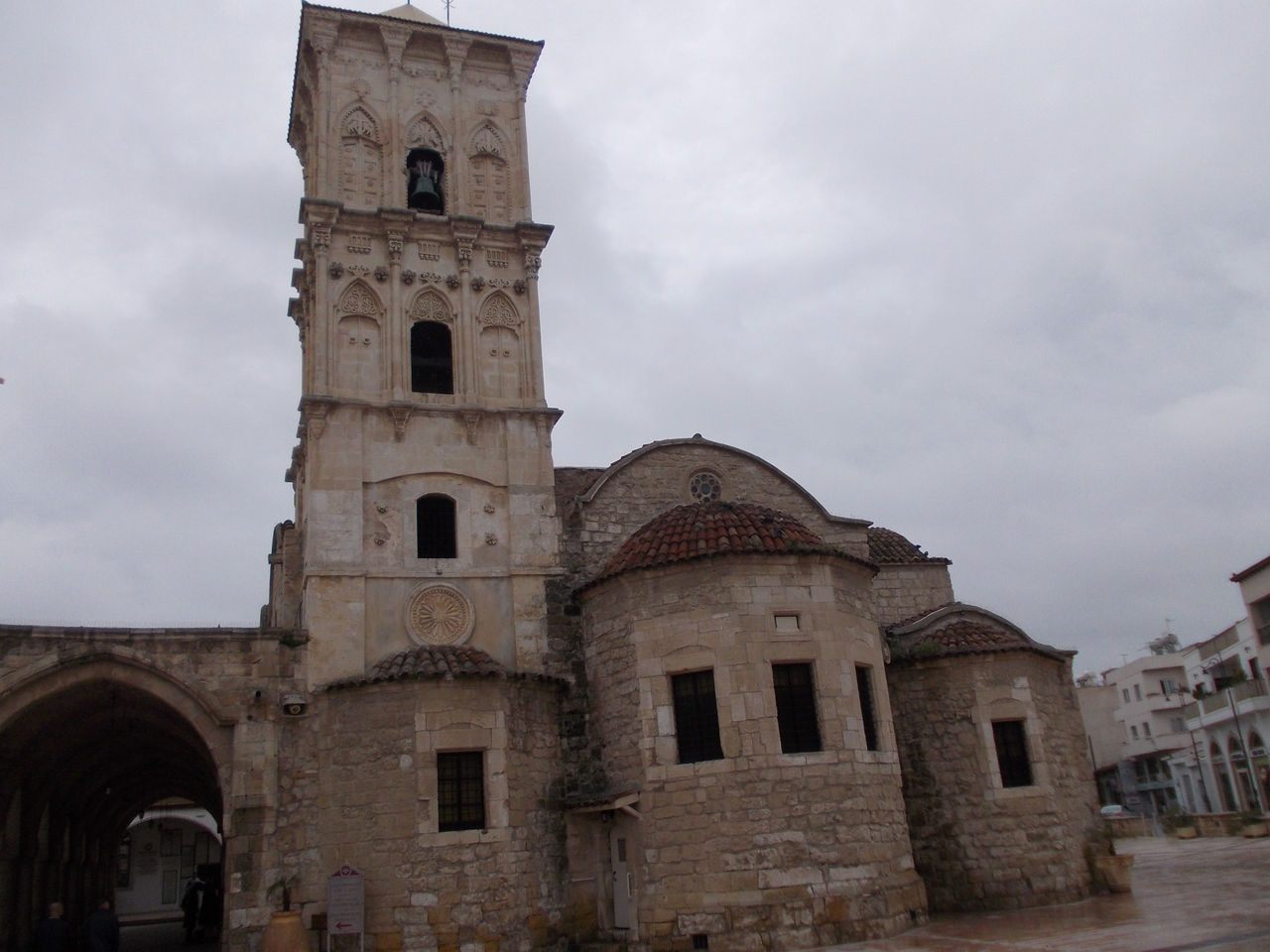 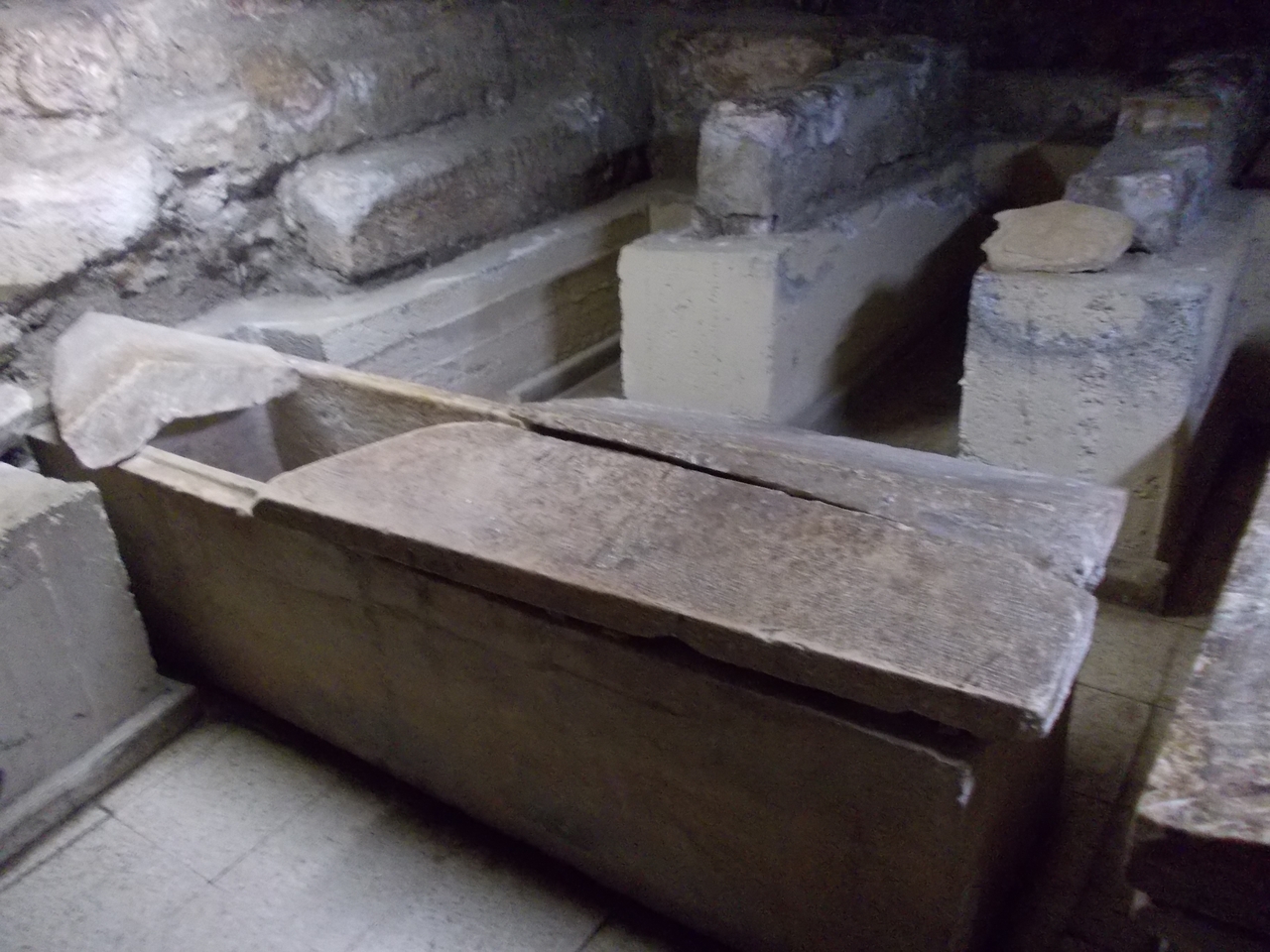 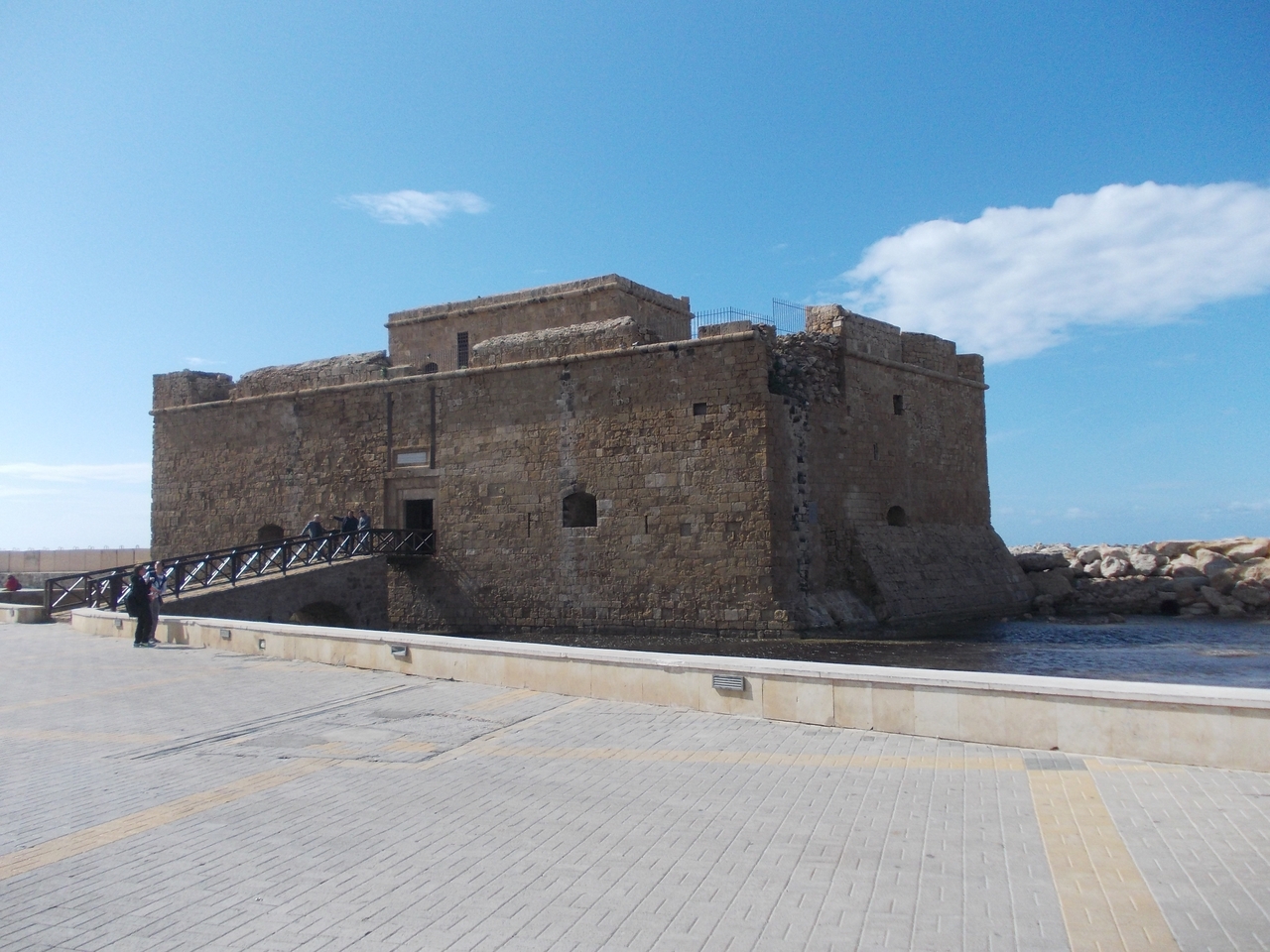